So, over the past few months i have written about a number of topics ranging from my rather public wig addition, my out of control love of nylon and I have discussed makeup, how wonderful it is, done a couple of walk through for you. And I have thrown in the odd photo of my cat.

Barbeque. It is surprising that I have managed to last this long without writing about him. I have taken a little break (sorry!) which was much needed as I was suffering over the last couple of months. Not really taking a day off for 4 months will do that to a girl! 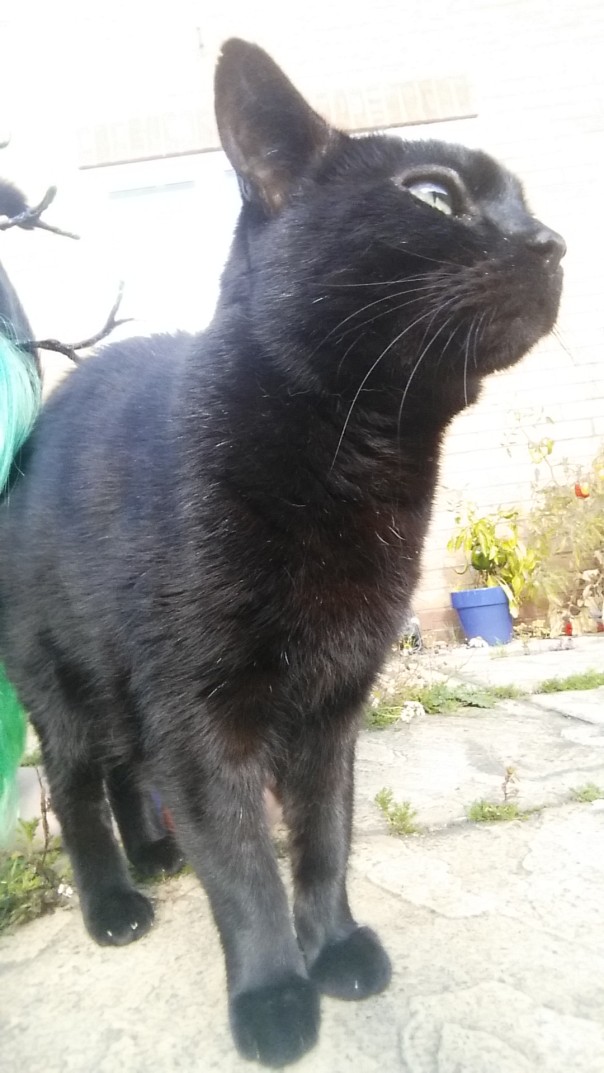 But I am straying from the point of the post, which is my cat – whoops! I understand that not everyone likes cats, but I am assuming anyone who hates cats will have twigged before stage that this is not the article for them!

So, a little bio I guess is in order – I bought Barbeque just over 10 years ago now. When I first met my partner, he had a cat which was sadly run over. When I moved in with him, I begged him to let me have a cat and eventually her agreed to this – on the condition that it is a male cat. He didn’t really go into it more than neutering is less invasive. So the hunt was on.

Eventually I saw a post in the local pet shop, called the number and arranged to go pick up the only male kitten. Now – I know it sounds ironic for me to be saying this on the back of previous blog posts – so I should explain. At the we were living about the family shop in a flat with no real access to and from, near a main road. We knew we would not be granted a rescue cat.

We got to the address, and went through to the kitchen, near the door was a box with 2 very inquisitive tabby kittens, and at the other end of the kitchen was the mother and a black kitten studiously ignoring up from the top of the scratching post. One of the tabby kittens planted herself on Pete’s show and started doing her level best to tie herself onto it. Yes, both the tabby kittens were female. Our cat was the one on the scratching post. It broke my heart not to take the kitten attached to Pete’s show. I would have done, had I bought more money with me. We left with a black kitten bundled into my coat – at 10 weeks he was still tiny.

When we got home, we set everything up in the living room, there being plenty of room for him to explore and allowing us to keep an eye on him. And it was heart breaking watching him and listening to him look for his mother.

I didn’t know what to call him, and we got him to the vet within a week … so he was registered as Bob…. not inspiring really… shortly after, I was sitting with him in the living room trying out other names, Pete was (and still is to a degree) convinced he was deaf as he refused to respond. So I rattled off names, in the hope he would acknowledge on of them (scene very similar to the movie Beethoven) and I was getting frustrated, and threaten to Barbeque him …. well the rest is history I guess?! For the record, he still does his level best to ignore Pete. Which I have pointed out, is an entirely male habit so he has only his self to blame.

Fairly sure the cats ears were burning has he has just come back in from making sure everything is in order in the garden, and is curled up next to me. I got a Notebook for Christmas which allows me to do a lot more of my work from the comfort of my living room. The added benefit, is not only comfort, but my cat not shouting at me for being out of place. But that is for another blog post!

I will write more on my silly old bag puss, but for now, wee will love you and leave you.

If you love leggings as much as I do, check out Wild Bangarang