So I am writing this as the news have broken, although I don’t know what will change in the time between writing and publishing this blog.

**STOP THE PRESS ANGELINA AND BRAD TO DIVORCE** 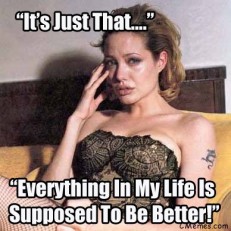 Honestly, I wasn’t too impressed with the timing of this particular couple getting together, we all felt sorry for Jenn Aniston the poor wife tossed to the side when her husband’s eye was drawn by another. How we all felt for her, how we all identified with her, our own fears at being sidelined being realised and played out for all to see. But that always kinda bothered me. Mostly, because… Jenn is a gorgeous, sexy woman. The only difference between the women involved is their individual style. Where Angelina is dark and exudes exotic sexuality, Jenn has the strong lean yoga body with a laid back hippy attitude. Their sexuality is on a par, but very different. So really to suggest that he threw her aside just because something sexier came along? It is insulting to Jenn.

Now, I do, to a degree, understand why we are identifying with Jenn. I really do, it makes us feel like we are holding hands with one of our ‘sisters’ holding her close and saying, we understand. But really, all we are doing it pushing our own insecurities on her. We are not in the house, we don’t hear the conversations our own parents have so why would we feel that we have a better understanding of what is going on just because we see someone on screen? Are we really more emotionally invested?

But I would suggest that, there will have been more going on than a man, albeit a famous on, just thinking… hey my co worker is smoking hot. I have a boring wife at home, so lets just dump her and get with this. Nope. I really, really doubt that this was something that came out of nowhere. Remember that he was in a relationship with Jenn for a number of years, and had committed to becoming her husband. This wasn’t some casual affair that he dropped like a hot coal for a younger model.

And could we, for a moment, take a look at this other argument. Angelina is younger than Jenn. Does this mean that she automatically becomes just another casualty of getting older? To be cast away when her husband realises that he is attractive to a younger woman? Again, this is questioning her sexuality, is she less of a woman because of her age? When does it kick in? When you hit 30, 40 ? When do you become less a woman, less desirable? Not a sexual being? Because again, we are harming and not helping the ‘sisterhood’ by consoling ourselves that Jenn has been dumped for a younger woman. We are enabling those excuses. For that is all they are. They are words we use when we don’t try, when we refuse to see that there isn’t a relationship. When one or both partners have checked out emotionally and now physically. When there is no love, no friendship. Nothing to keep you together. By saying, ‘oh he has a young girlfriend’ insults both parties. On the one hand we are saying, well, you get to a certain age and .. well it is obvious he is going to look elsewhere. And the younger woman? Well, obviously she is pretty and sexually available, because she is younger.

What this means, is that the woman (Jenn) being dumped is being freed of any guilt, of any cause for the break up. Because the ‘sisterhood’ is telling her, well, you know. Your getting on, your looks are fading, clearly you are no longer sexual so he looked elsewhere. There was nothing you could have done to stop it. Inevitable really. And the younger woman? Well she is an evil succubus that came in and broke up a perfectly good marriage but flashing her firm boobs, and being fresh and new, undiscovered. She is the rebound, it won’t last. He will grow bored of her. Hell he might even come back. Right?

NO! As much as it takes two to tango, I am sorry but marriages do not end because of a little indiscretion. Of course they might fracture, but the blame cannot be solely laid at the ‘uninjured’ party. Maybe it wasn’t the outcome anyone saw, or expected. It probably hurt, and sure moving on so quickly. But again, all this served is to cement Jenn’s image as the wronged bride. 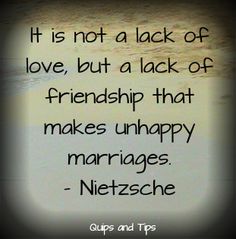 But honestly, the amount of glee, and hand clapping and ‘won’t Jenn be laughing’ that is happening on my news feed this evening. Nope. Sorry. We don’t know what was going on behind closed doors as either marriage ended, and there are more than likely a lot of stories that will never see the light of day because it is no one’s business. But we should remain respectful of the fact that Brad and Jenn’s marriage ended and they both went on to find happiness. Brad married Angelina and has been with her for a number of years and have 6 children with her. So I really think that we need to get off the Jenn Pity Train and just respect the fact that a family is breaking up and everything that entails. Divorce is not easy on the family unit and money does not make it any easier.