So, last weekend I went to Combat Academy, I was invited along with my Lifestyle:MK co-host Audrey who had met the brains, and brawn behind the enterprise earlier that week on a T.V show. On a Sunday morning, in a unassuming part of Leighton Buzzard which on the drive there led me up the garden path quite literally. To find out more – please CLICK HERE

We finally realised that we had arrived when we spotted people standing around in camo fatigues – is that even the right word? Berets were also employed. It all looked very serious. And I am not a serious person (despite all the ranting blogs I throw around!) so I was genuinely worried that I would immediately find a clash of personalities. There were smiles and warm welcomes from everyone, we were then ushered into the porta-cabin that serves at the head quarters. It was open with plenty of room, and the people already in the room were again welcoming. Not long after we sat down, we had another group of girls join us – who were also invited, including the utterly inspiring Rozana McGrattan who has been through so much growing up on the streets in Sao Paulo – she has released a book titled Street Girl which you can pick up easily on Amazon by CLICKING HERE (although I am sure other booksellers carry it).

It was a lovely environment, we all talked about ourselves, that is, everyone in the room, staff, senior members, and of course, those of us hoping for a spa day (thanks Aud) and it was a really relaxed atmosphere. We felt a little closer to each other, breaking the ice. Once that was over, we had a little training session discussing common mistakes, issues and how to avoid, and what to do in certain situations. This was laying down the theory behind both predictor and prey and putting things into context before the laying of hands.

Now, given the choice, I would have stayed out of the physical part of the day. I didn’t think I would be fit enough, that I would catch on, I was worried about my shape (I am squishy). Would I be able to do any of these things, would my leggings stay up? (the last is a legitimate concern!) And of course I didn’t want to make a complete prat out of myself in front of strangers, and worse, professionals who no doubt would be judging me. 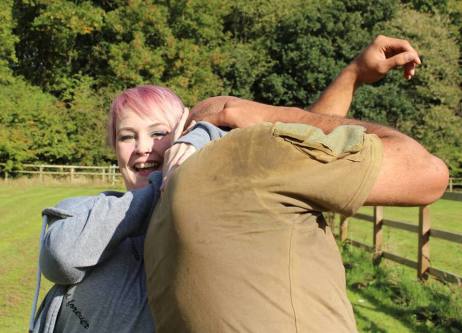 It got worse, after warming up, being show some simple moves, instead of being split into small groups, we would be going out in front of the rest of the group? KILL ME NOW! But the atmosphere was wholly supportive, cheers and clapping. And while you are in the moment, you actually do forget everything. It was fun, the first part of the training was about distance and how to keep the distance between you and your aggressor. Which reminded me of the boxing training I did all that time ago.

As the training progressed, it got progressively harder, punches coming, remembering to block, and block well. Looking for openings and grappling with people who were making it harder and harder. Oh and did I mention that we also had to drop and pin someone? I am sure I am not using the correct terminology. But for those seconds (felt like hours) I wasn’t worried about what I looked like, I wasn’t pulling at my t shirt, shifting my weight, avoiding peoples stares. I was in the moment, I was doing my best, I was learning skills that I genuinely could use. 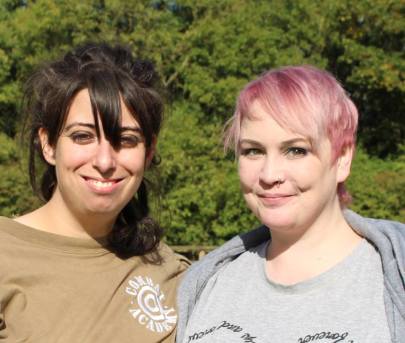 During the time we were outside, there was a real sense of family, we cheered each other one, we congratulated each other. It felt like a group of friends, not people who to a degree had never met each other. We felt elated when we did well, we were not looking for our team mates to do badly, we were watching their techniques and cheering when they nailed it. At no point did it feel like we were being judged for anything other than how we implemented what we had learnt. 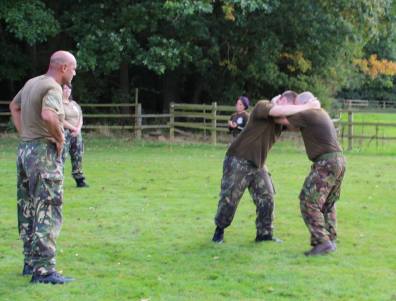 Toward the end the session, we got to watch the instructors and regulars pitch against each other, it was interesting to see how simple techniques and ideas could be used in different ways. And inspiring, very inspiring! The day was finished off by a debrief where we all had a chance to chat and go over what we had learnt and how we felt about the day. Even though I initially had reservations about the boot camp, and given the choice, there are many, many things I would have chosen to do? I really, really enjoyed it! Four hours flew by, all preconceptions that I had when I first arrived were quickly, and thoroughly dispelled. There was no macho, regimented, army atmosphere.

What you will find, and what I found, is a safe, supportive environment. You will learn a lot about yourself, about habits you have, what you may want to change. The thinking is based in fact, and practised. You come away with a lot to think about, and have the understanding of why, and not just how. And you feel like you made friends, and that everyone there wants to help, and support you, and for you to succeed. And you don’t get to go before a round of hugs. All barriers that may have been in place, any nerves, any apprehensions that you had when you first get out of your car…. all completely gone by that last hug.

And I am going back tomorrow for another round – wish me luck!