Victim blaming. I am sure you are all aware of what it is, and indeed have done it yourself before now.

Today, this morning, I woke up to a friend commenting about something that had happened while shopping, Not once, it had happened before when she was with her son, and again which prompted her post. She was followed, cat called, questioned by a group of men while shopping. Now this is bad enough, but what made it worse that in her explanation she said she would speak to the store to see if it had happened previously, because she didn’t want to over react.

And I came accross a story from a b-list celebrity (I couldn’t place her so I wouldn’t expect you to) who had been attacked on a night out. She had gotten talking to a guy while waiting for her taxi and suggested he share a taxi with her friend. He proceeded to try to sexually assault her friend and then after the driver had pulled over, attack them both. But she said, of course she shouldn’t have talked to him or invited him to share the taxi.

These are just 2 stories fresh today, but I hear them every day, I hear friends tell me something, first, second or third hand, we see it on the news, again directly or indirectly. 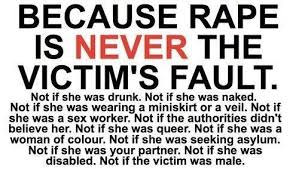 Victim blaming can be external or internal – victims, try and reason what happened. Where they not careful enough, pay enough attention, do something to provoke it. External? Well why not look at any rape case, the victim is raked over – what where they wearing, where were they, what time of day was it, had they been drinking, were they alone, had they led the victim on. 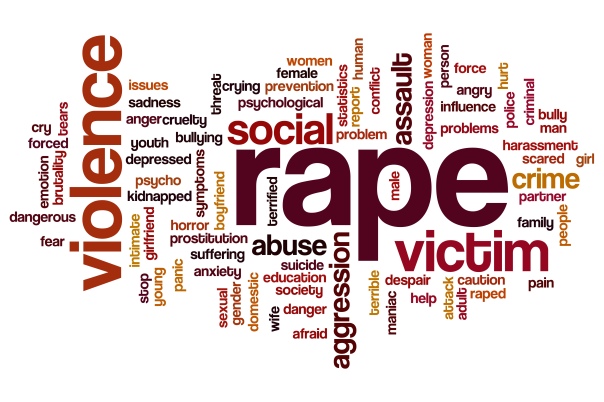 See the problem here? The ONLY cause of rape is rapists. There is nothing else to be said. Most rapes occur between people who know each other, even in passing. It happens a lot in marriages and in families, between friends. A stranger raping someone is not uncommon but it is often part of a larger attack.

So knowing this, why when someone happen, is the natural reaction to victim blame. Why is is easier, normal, natural to suggest that someone has been stalked home, around a store, accosted, because … they are too pretty? Because they smiled at a stranger instead of scowling? Because they dared go out without a proper escort? I feel like I am writing about something that happened 100 years ago, that women where not expected to go out alone. But I am talking about things that happen every day.

Victims are not to blame VICTIMS did NOTHING wrong – whether you are Kim Kardashian getting robbed in a hotel suite, or a single mother trying to do some grocery shopping. Someone should not feel that they have to keep quiet over a legitimate concern because of how it might be perceived, worrying and checking it from each angle to see if it was something they caused or initiated.

If we can all realise that victims are not at fault, and look at things critically instead of trying to reason it out. That would make both reporting and prosecuting so much easier. I realise I am leaning heavily on rape/sexual assault in tone, but that is pretty much the concern for most people in this situation and it is one of the most under reported crimes.

We need to change the way we look at it, and change the conversation. 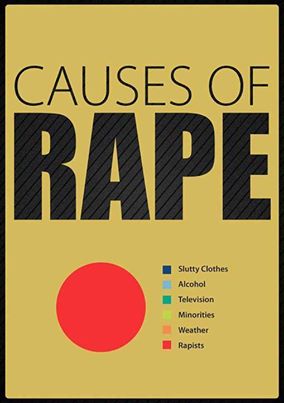 Myth: Wearing revealing clothing, behaving provocatively, or drinking a lot means the victim was “asking for it”.

Fact: The perpetrator selects the victim- the victim’s behavior or clothing choices do not mean that they are consenting to sexual activity

Two-thirds of rape survivors know their attacker; more than a third of rapists are a family member or friend of the victim. The statistics are even more extreme on college campuses, where 80 to 90 percent of sexual assaults involve students who know each other

Jaclyn Friedman, sexual assault educator and author of What You Really Really Want: The Smart Girl’s Shame-Free Guide to Sex and Safety, told Cosmopolitan.com via email. “There is evidence that rapists choose victims based on how vulnerable they’re perceived to be. Will they go along? Will they make a fuss? There is literally zero evidence that rapists choose victims based on how sexy or sexual they’re perceived to be. None. Not one study. If that old toxic myth were true, someone would have been able to prove it by now.” 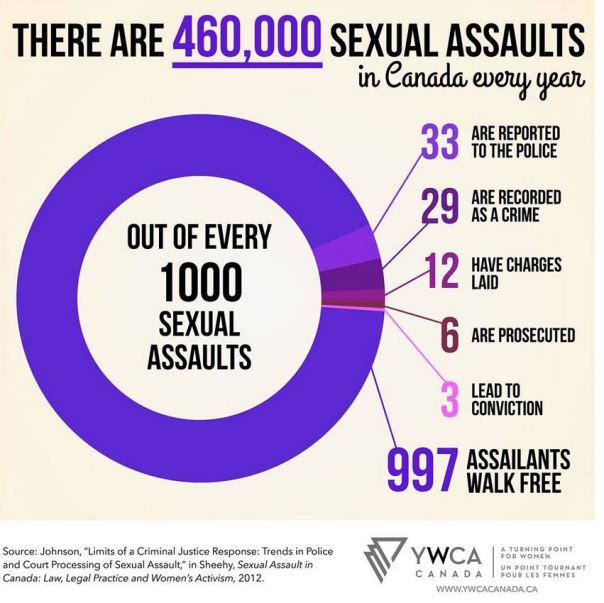 It is the myth that a woman dressing in a provocative manner, or one that drinks, or any other behaviours that might suggest in a non verbal way that she may have loose morals, will be a more likely rape victim. This is harmful in several ways, and I want to explore this in the hope that it might help further dispel the myth.
The first way that this is harmful is that it tells girls that if they dress in a certain way, they have to be expected to be treated in a certain way. This might be directly, through family and friends, or indirectly in society, via pop culture. This gives the girl low expectations but also might lead her to make poor choices for a number of reasons.
The second way is that it tells girls who are not dressed in a provocative way, or not drinking, not going out or generally behaving in a way that society dictates as ‘unladylike’ that she will be protected. That it will never happen to her. 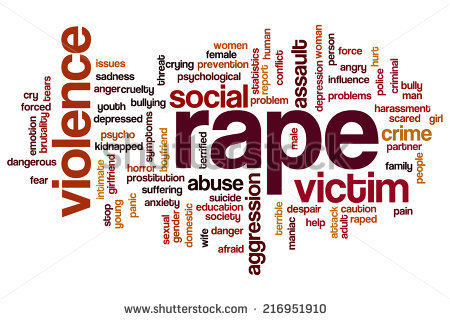 Now if you look at both side by side, it is equally destructive. In the first instance the rape or assault may go unreported because the victim doesn’t feel that anything wrong happened, or that she will not be believed. In the second instance, the victim may not have skills to protect herself, and may let it go unreported because she isn’t sure that anyone would believe her. On one hand, we have a victim who feels that she should have expected it, on the other a victim who feels she shouldn’t have expected it with exactly the same result.
And in both cases, society has trained the victim to accept that the reason she was attacked is through something she has or hasn’t done. Victim blaming, which is abhorrent but easily done, you list the things that led up to the attack. What were you wearing, what did you say, what did you do, did you drink too much, say too much? What could you have done differently? What would you do differently? And this is compounded by the treatment you receive at the hands of professionals (although they may be compassionate) but then you have society at large. The fact I even used the phrase ‘loose morals’ says a lot about how little society has not moved on. And because of this a victim will not want to say anything to family and friends, so there will not be the support network you might traditionally have.

I know many women who have been attacked, assaulted and in extreme cases, raped. The worst thing is, the figured I quoted at the beginning of the post, they are not lying. In most cases, the victim not only knew the attacker. But knew them well. Not in a passing, barely know his name, but enough to trust him.
A friend recently recounted an episode that thankfully was a near miss as her partner called, but she got into a car with someone she considered a friend to get a lift home instead of getting a taxi. A friend who proceeded to drive in the opposite direction to her house although he knew exactly where it was. She was tipsy but she was not drunk, and has since questioned what happened. Why as she picked, what was he thinking, how can she possibly trust her friends? This was someone she had trusted enough to have in her house on several occasions.

Personally, I had a bad experience as a teenager which little experience of men. A friend, older, kept pushing boundaries, every so gently. Subtle even, to see what my limit would be. Thankfully, as inexperienced as I might have been, I did managed to extract myself from the situations with no physical damage (I can’t say mental as it has taken years to undo but I won’t go into it). But it makes me wonder how many other women, girls, might find themselves in a similar situation? And this was before the internet, mobile phones. So in a way I was less protected as I had no way of getting help if needed. But it also meant that I was able to cut him out of my life pretty easily.
Something that happened a couple of years ago, again makes me see a pattern of boundaries being tested. I was waiting to be served at a bar, suddenly a hand is touching my bottom. Not over my clothes, no, a man whom I hadn’t even noticed, let alone spoken to, had taken it upon himself to force his hands literally into my knickers. Why did he do it? I mean obviously it was because I was a little drunk, I was wearing a corset, full length tutu and pink wig, that must have been what made him think it was a great idea, or that I would be up for it. On my way to the bar, I was asked a few times if I was celebrating an impending wedding.. hen night maybe. Did this guy think that I was up for one last hurrah before getting married? (for the record, I wasn’t, I had dressed up for a themed burlesque show). He was drunk, he probably didn’t really think things through. My reaction was to immediately grab his hand and twist it up behind his back. Then calmly order my drink and take it back to my table. He spent the night stalking me. Because I was obviously a willing accomplice?
Do you see what I did in that last explanation? I am trying to legitimise and justify the guys reaction. Because that is what you do when something, good or bad happens to you. You try and rationalise it, make excuses, explain it.

This is not okay, there is no stereotype for what a victim of assault or rape looks like, there is no stereotype. The fact is, you are more likely to be targeted by someone you trust and because of that, your defences will be down. Of course many, many people are attacked by complete strangers, but again this is not dependant on time of day, area, activity. It is a crime of opportunity, like many crimes. So to try and work out what you did wrong or could do differently is unhelpful.
The fact is, what you wear, how much you drink, how you get home, who you speak to and in what way, will have no bearing on your potential to be a victim. So we need to bury the myth that the way you dress has any bearing on you as a person. We need to stop searching for visual clues and be more understanding. We need to make sure that we are opening our eyes, and listening, and stop being so judgemental.
For anyone who may have been a victim of a crime and isn’t sure where to turn, this website may be of some help Victim Support UK and it is worthwhile looking locally as there are often support services and groups organised by local charities and or NHS trusts.
One last thing…… simple words…. ‘I believe you’.